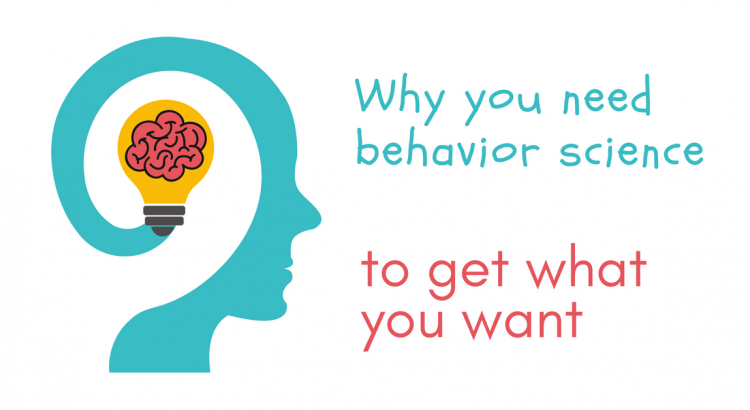 She never listens! He’s lazy. She’s not smart enough. He has ADD. She’s from a single parent family. He’s stubborn. She’s a Libra. He’s got special needs. She’s too smart. His dad’s a lawyer. Her mom is a feminist. He’s from Boston.

There are lots of labels and excuses to explain why people don’t do what you want or why they behave in certain ways. Let’s just put all those aside for now and think about the most important thing. Which of course is you getting what you want. Sometimes you need others to act in order for you to get what you want and sometimes it is you who needs to act.

The internet knows that the way to get stuff done is to set goals and work on one small thing at a time. Look it up. “A journey of a thousand miles begins with a single step” and all that other irrefutable wisdom. Productivity experts agree that we need to break big tasks into smaller ones. Ironically the instruction “break it down” is itself ill-defined. It is particularly vexing for people with no training in behavior analysis to come up with goals that are easily achievable and upon success can be reinforced. This is the reason that most New Year’s resolutions have failed by the end of January (if not sooner). Most people want to do too much at once in order to save time, but the result is that everything takes longer, seems increasingly impossible and is more frustrating for all involved.

In this article we’ll describe an approach developed as part of the TAGteach method for goal setting that’s simple enough to explain to parents and non-professionals, while being a powerful tool for everyone. TAGteach involves the principles derived directly from B.F. Skinner’s original work.(1)

WOOF is an acronym for the four criteria for a goal that is clear, precise, consistent and easy for the learner to understand, remember and implement. By “goal” here, we mean the small sub-goal that is a precursor to the big goal. The end result of the WOOF planning process is a behavior goal that can be easily achieved, observed and reinforced, and which results in the goal setter being closer to the final big goal.

Here are the four criteria for an attainable goal:

What you Want – phrase the goal in positive terms

One thing – ask for only one thing at a time

Observable – the behavior can be observed and counted

Five words or less – the goal is stated succinctly

The behavior goal is phrased using positive language to describe what you want the learner (yourself or another person) TO do. For example:

I don’t want him to drop towels on the floor would become: I want him to hang up the towel.

The behavior has only one component. This is very difficult for people! It is natural to want to do several things at once so as to get to the end goal faster. Multitasking makes the brain work less efficiently, so it follows that it makes sense to work on one new thing at a time.(2,3)

Studies have shown that interruptions of as little as 4.4 seconds tripled the error rate in a sequenced task (4) and people who are heavy media multitaskers actually perform worse when tested for the ability to switch tasks.(5)

You may think you are a whiz at multitasking. Check out this link for a test from Psychology Today that will let you discover the sad truth about this.

In any effective teaching situation, the teacher reinforces success right away. If there is more than one component of the goal behavior and the learner only gets one part correct, the teacher is left wondering whether to reinforce. The learner never knows whether absence of reinforcement means that they got one or more parts incorrect, or which parts they got right or wrong. They begin to think more about what they might have done wrong, than what they are doing right.

Here’s a video that gives an example of what we call multi-nagging. The coach gives the athlete several instructions at once. See if you can name all the things she is supposed to remember after watching the video once. How many times do you have to watch it to remember all the parts? Watch the body language of the athlete (one of the authors in younger days!). She shows signs of becoming overloaded with information and eventually she just walks away.

In a scenario like this, the learner will do her best, but will likely only remember one or two things and will pick one herself to focus on. It would be much better for the coach to be the one to choose the point of focus to be sure that the athlete masters the most important aspect first. The coach can change the focus once each piece is mastered.

The behavior goal is observable, so that the learner and teacher both know when it is met. You must be able to see it happen so that you can reinforce at the exact right moment. Again, this seems simple and obvious at first glance, but it actually requires forethought, imagination and subject matter knowledge to define observable goals.

As an example, say you’re a baseball coach and you’re working on batting skills. The end goal may be to hit a home run. You can easily see the ball flying over the fence, but this isn’t a behavior. This is the result of a behavior. The ball going over the fence was caused by a series of muscle movements performed by the hitter. In order to influence the behaviors that result in the home run, the reinforcement must come during one of those muscle movements.

Examples of observable behavior goals that a baseball coach could work on one at a time could include:

Here’s another example. Say you’re a teacher and want your learners to write neatly. This is vague and there isn’t likely to be agreement in the mind of the learner and the teacher about what this means. In order to define an observable goal you need to ask yourself, “what does neat writing look like? What are the characteristics of neat writing?” It may be that the bottom of the letters are all on the line, the tops of the letters reach to the top line, the letters slant in a consistent way etc. An observable goal along the way to teaching neat writing could be, pen touches line.

General goals such as run faster, jump higher, get more exercise, stop smoking and be polite are too vague and would need to be further defined into observable behavior goals before you could ask a learner (or yourself) to attempt them.

The last words you say to a learner before they attempt a task are the most important, so make them count! Short verbal cues have been shown to be most effective in skill development.(6) State your goal in five words or less (colloquial language is intentional here) and your learner will have the best chance of understanding, remembering and executing the goal.

At first it may seem that the “five words or less” rule is too limiting. How can you explain everything and tell the learner all the things they need to do in five words? You can give explanations and instructions with more words, but when it comes time for the learner to take their turn, the last things they hear should be the five word goal. That gives them a single point of focus and makes success much more likely. Neither you nor they need to worry about anything else. If there are other parts to the end goal, you can work on those at another time with a goal that is five words or fewer.

So there you have it, the WOOF approach to goal setting. This approach has been used in several published studies, discussed in several books and presented at numerous ABA conferences as part of the development of teaching goals (known as tag points).(7)

The best way to summarize this is to show you an example. Here is a video that illustrates the WOOF in action. In this video the teacher is using a sound marker (a tag) to reinforce after each correct trial. The teacher states the goal to the learner each time using consistent language that meets the WOOF criteria. You don’t need to teach with a marker signal to use the WOOF approach. Any goal setting will benefit from simplified, well-structured goals that are clearly understood by both teacher and learner.

If you’re interested in learning more about each of the WOOF components and seeing more videos and examples, we have a more detailed article on each of these:

Download a free WOOF Planner to help you and your clients define and track progress on goals that meet the WOOF criteria.